Survivor, the reality TV series is in its 34th season. Yes, 34 and among my social circles, I’m one of the very few who still watches it. Most of my dearest and nearest can’t quite understand and wonder why I still do.

Well, it’s because it’s really like real life. Every season I watch it going, “OMG that’s exactly what happens in the office or on the roads to at a sale in a department store.” In the TV series, I get why these contestants can get ruthless, they could possibly get a million dollars at the end. In my real life, I don’t understand why some people can be the worst version of themselves for the most insignificant of rewards. Maybe for them, it may not be a million dollars but enough to throw human decency out of the window.

But but but every so often there will be a season that makes me realise in Survivor or real life, good guys do and can win. Not often, just enough and that’s all I need. The world IS filled with shitheads and douchebags. I’ve even had the unfortunate opportunity to be acquainted with some of them but I don’t live for them and all the toxicity they bring. 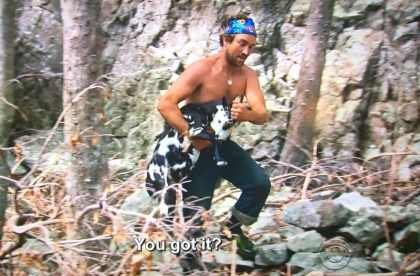 I live for the fairy tale moments shared between kind, compassionate souls. And truth be told, even shitheads and douchebags are capable of them and those are the moments, the good days that make everything else worth while. Like the last episode of Survivor: Game Changers, the moment when crazily competitive contestants let a Mama goat and her kid go and choosing not to kill them for food. I never thought I’d ever see it on Survivor. When I did, my heart warmed up and knew at the end of the day decent humanity will always triumph.