Yes yes yes, I'm back in Singapore … when we first started the trip, coming home left like forever.  It's good to be home. 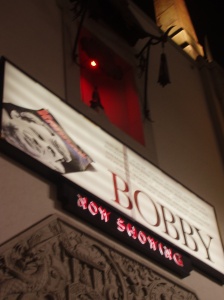 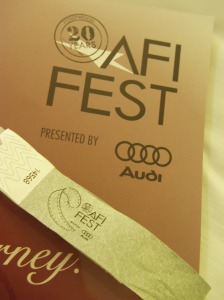 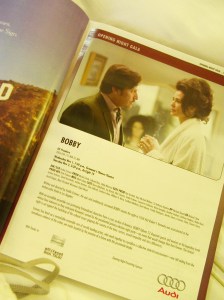 Ok, the good thing about work trips is that sometimes there are some perks like being invited to the opening film and this year it's the (highly anticipated?) Bobby, written and directed by Emilio Estevez.  Yep, the teen actor from The Breakfast Club who kissed Ally Sheedy.  I loved that movie so much.

While there are some similarities, Bobby isn't quite a John Hughs teen movie.  To put it simply, it would be this year's answer to Crash except if Crash was one of those original Ramli type burgers bought off a stand in a crowded food market, Bobby is a Happy Meal, complete with a toy.

It's about 22 fictitious characters who are in The Ambassador the day Robert Kennedy was assassinated.  It did make a couple of poignant points but it is a film made by Americans, about America for Americans.  For the rest of us, we realise, American or not, we're pretty much the same, the grass is always greener on the other side and we all desire to be loved.

Plot-wise, acting, etc after Crash, this film is only impressive because who would have thought a teen actor could actually write a decent script and direct it, quite well if I might add.  It's not amazing but man, it was beyond my expectations.  So watch it if you're not sure what else to watch, I can't imagine you regretting it. 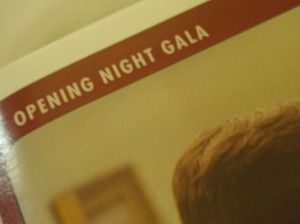 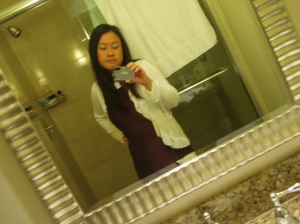 It was a black tie event and had to drag my only dress I thought appropriate which I would have look quite stunning (if I don't say so myself ;P) if I didn't have to throw on that cardigan.  But with temperatures dropping to the high teens, I didn't think a bare back would cover it.  Practicality – 1 Vanity – 0

We were on the red carpet and all.  Sharon Stone was there.  There was the ET stand too where they interview the stars as they came in.  So we got to see most of the cast of the film – Demi Moore, Ashton Kuncher, Helen Hunt, Christian Slater, Laurence Fishbourne, Lindsay Lohan, Elijah Wood … of course Emilio Estevez … my sister asked if I was I star struck?

The only thing that was going through my head was, why the hell didn't he get Keanu  to act in his film?